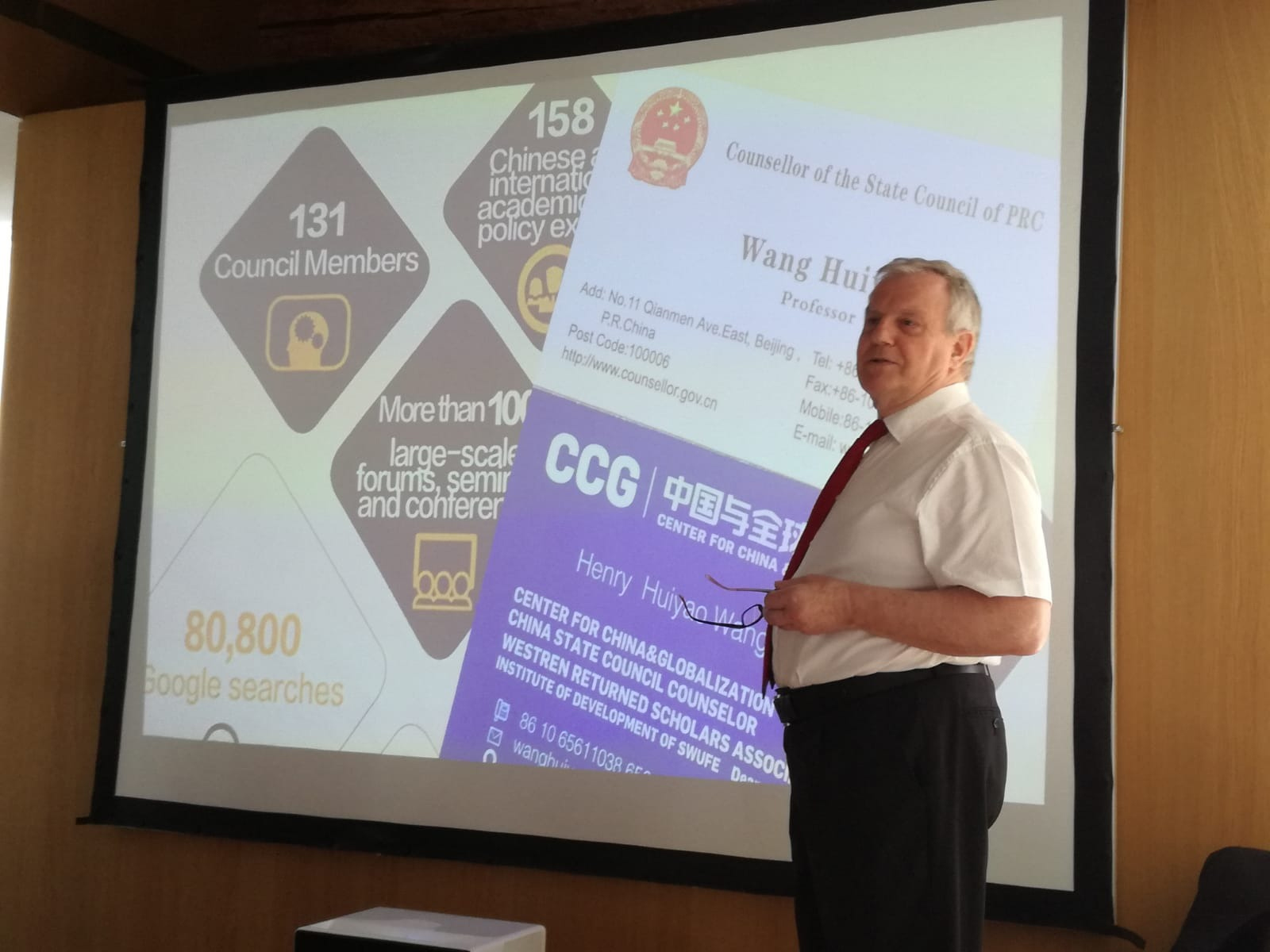 Beijing is truly a fascinating city, with a population of over 20 million people and a large number of tech giants. It’s only fitting that it was the destination for the LBS Tech focused Global Immersion Field Trip (GIFT) for the Masters in Management and Masters in Financial Analysis students to learn more about the tech environment in one of the fastest growing economies in the world.

The GIFT in Beijing started off with a bang, as we were driven from our hotel on the first night to one of the best Peking Duck places in Beijing not far from the historic Tiananmen Square. On the way, we were all amazed by the beautiful architecture that we saw, and then we started making the walk up to the restaurant, we began to see the proliferate use of WeChat to do everything, from messaging, to paying for street vendor food. This first day really set the tone for the rest of the trip as we experienced how old was meeting new. 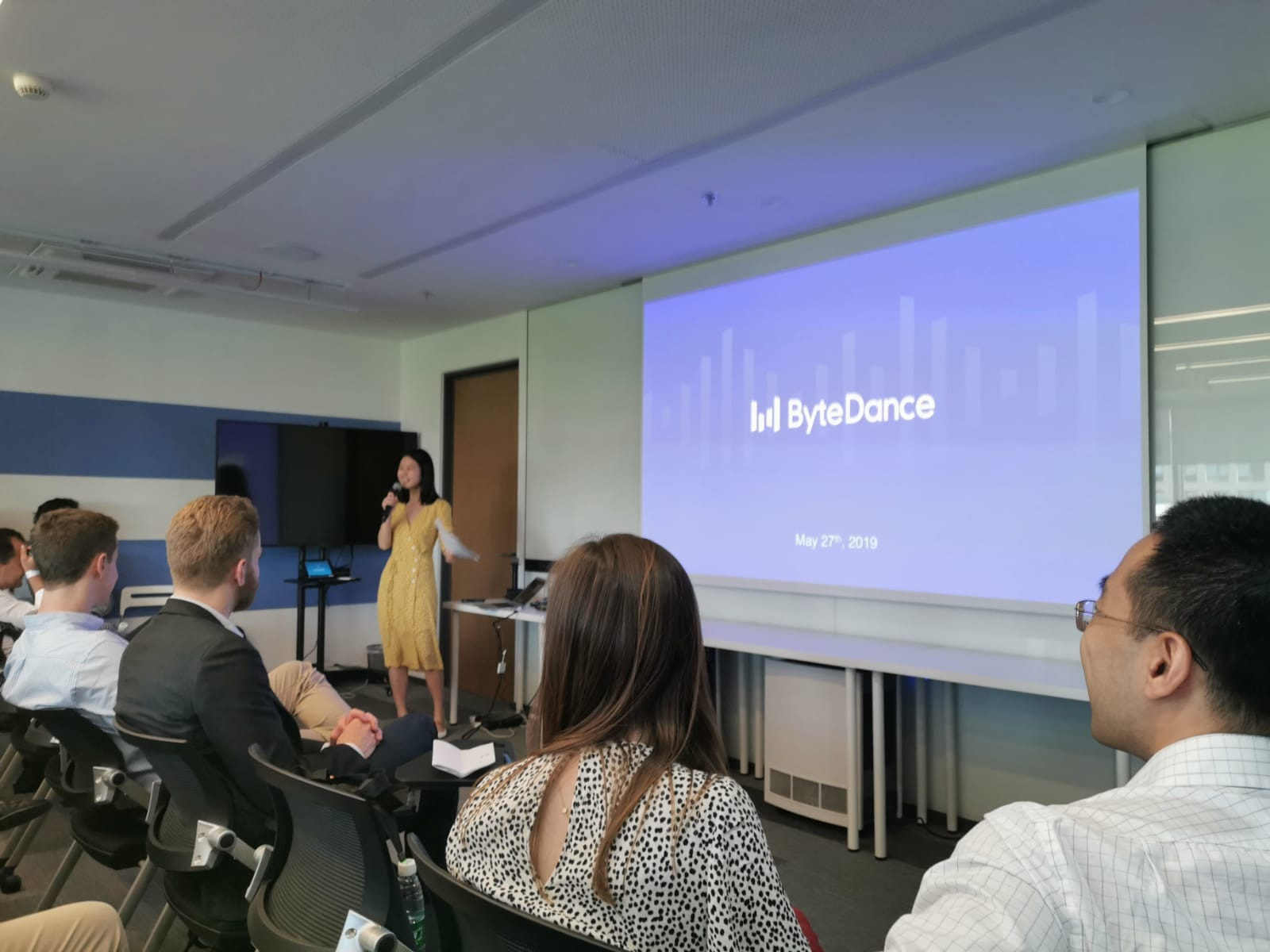 Our primary mission for the trip was to better understand the Chinese economy and how tech played a role in the growth. So, it was only fitting that we began the week with our guest speaker, Alistair Michie. Serving as the secretary general of the British East Asia Council and having lived in China for over 30 years, Alistair presented the Chinese economy and the direction of its future in a light that people from the west don’t typically get to hear. With this new perspective, we were able to understand the future company visits better as we better understood the big picture.

Through the week, we visited tech companies from different sectors in the tech industry, namely JD, Alibaba Cloud, ByteDance, and Credit Ease. The visits to ByteDance and Credit Ease were special because we had LBS alumni speaking to us and giving their first-hand experiences of their journey to the company which led to really great Q&A sessions. On our last day of company visits, we were able to choose between four companies specialising in online dating, ecommerce, autonomous driving, and computer vision. Deeperception, the company my group picked for our last day visit, wowed all of us as we saw their hardware and software solutions for advertising and automation which has already been changing the way that people in China are shopping and doing electrical engineering work.

All these visits helped prepare us for the final day of the GIFT where we were assigned to teams to debate topics regarding the different aspects of the Chinese economy and the influence that tech has on the China and other emerging markets. After these debates, the GIFT was capped off with a panel of two leaders in the Beijing VC space answering any remaining questions we had after our week full of experiences.

However, our week wasn’t just company visits and listening to speakers, we also all had a blast exploring the capital of China. Almost every day, different groups would set out on adventures to the different temples and landmarks in the city and cap the night off enjoying the rooftop bars the city had to offer. I think there’s a shared consensus with everyone on the gift that we ate enough Peking Duck to last us at least a year. 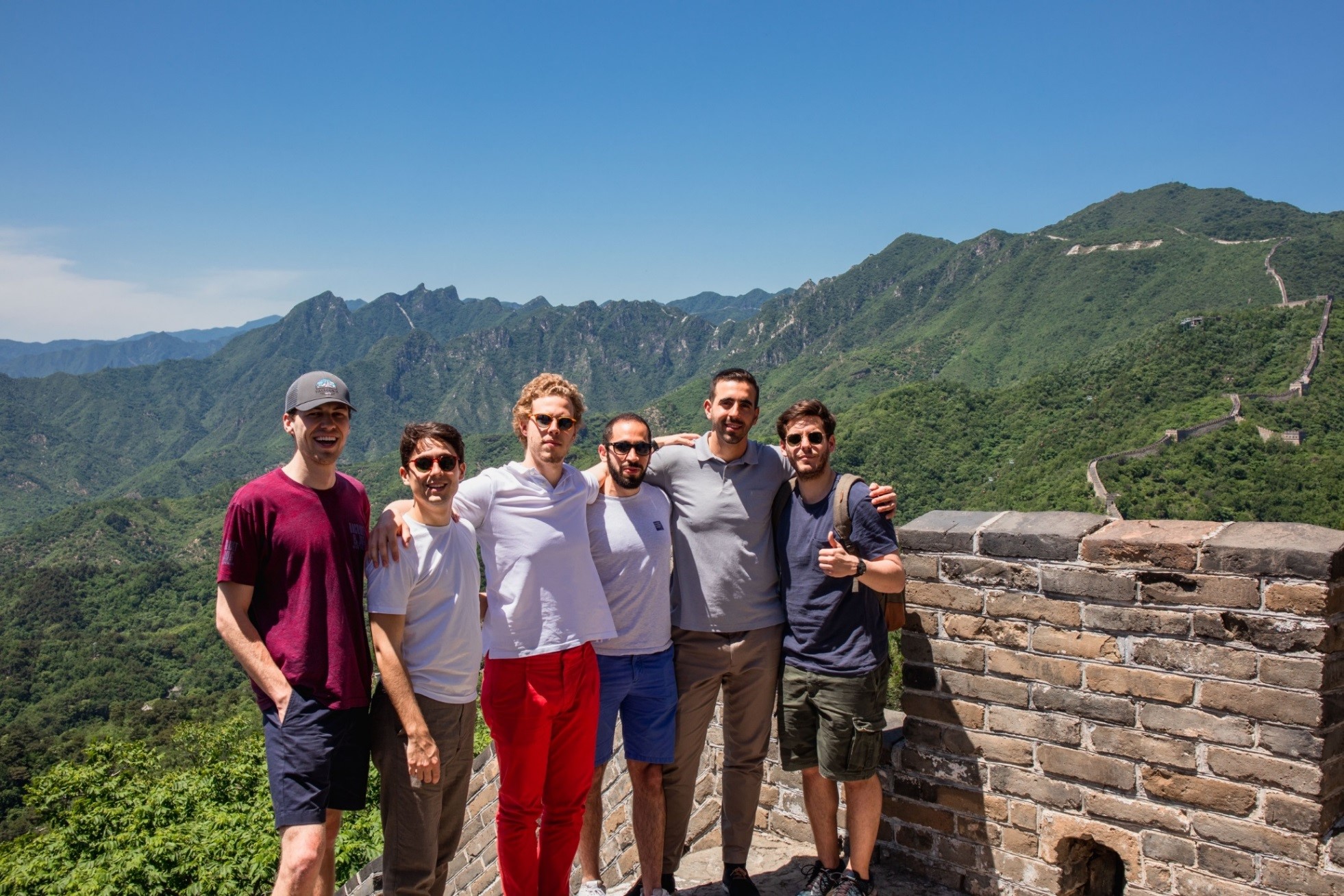 For me, I really enjoyed learning more about the Chinese market since it’s extremely relevant to the industry I want to work in, gaming. With just the number of mobile gamers in China exceeding the total populations of Japan and the US combined, it is critical for any company wanting to have a global presence in the gaming industry to understand this market. It was also amazing hiking along the Great Wall and exploring the Forbidden City that I’ve read about and seen in documentaries since I was a little kid.

The Beijing trip truly turned out to be a once in a lifetime experience thanks to the contributions of Fiona Garcia with the GIFT team, Professor Alex Yang for lending his native Beijing expertise, and the additional staff Miles Davies, Victoria Hanau and Caroline Mayo who corralled us from company to company.