I have the pleasure of working with some of the most interesting and engaged student leaders at the school. David Jones MBA2020 is certainly one of them. He is the soon-to-be President of the Debate and Public Speaking club and was the organiser of final student-led highlight event of the year. My role involves me meeting with the organisers of high profile student-led events which provide learning opportunities for the school community. The meeting with David reminded me why LBS is such a dynamic place to work. David wasn’t just putting together a debate competition, he had created the World Open Debate Championships!

We discussed the planning of the event and sure enough he had everything in hand. The event was a huge success. I was keen to learn more about David, why he created this event and how he was finding the LBS experience so far. Here he shares his insights:

You created the World Open Debate Championships. How did the idea come to you?

I’ve always thought that the skills I learnt through debating were what allowed me to rise quickly through the corporate world. Academically I don’t have the strongest background, but the skills I learnt through debating were what really allowed me to impress people in my corporate life. Debate teaches you to consider all sides of an argument, concisely summarise the key points and persuade people that your way is the correct way. These are all skills that are massively helpful in consulting and so I found it bizarre that there was almost no training for young professionals to get better at these things in a fun and informal way.

The idea came several years ago, when I was out for a few drinks with friends and we discussed how something like this would be an excellent way of meeting new people, developing these skills and having a laugh. Coming to LBS gave me the time, contacts and support to turn what was an idle fantasy into a reality.

What makes a good speaker?

There are hundreds of things that make a good speaker, Obama and Robin Williams were both excellent orators but I struggle to think of anything they had in common in their public speaking. I have found that there are two things that really step up people’s public speaking game:

The confidence doesn’t have to be real, but pretending to be confident can make you feel confident. There are hundreds of ways to fake that confidence; my personal way of faking it is that I used to use a piece of Sellotape to stick my feet to the floor before a big speech, the anchoring of my feet to the floor helped me feel more confident and stopped me from pacing whilst speaking. However, the biggest way to fake that confidence is to slow down, write “SLOW!” in big red pen in your notes and aim to speak at 1 word a second. You probably won’t manage speaking at that pace, but the slower you are, the more in control you seem.

Structure is boring, but so important. If you are nervous and new at speaking out loud a clear structure does wonders. I’ve seen so many interesting speakers lose a crowd because they jump from topic to topic without keeping to a structure which the audience can follow.

Which LBS clubs have you enjoyed being part of and why?

I’ve loved doing the Debate & Public Speaking club at LBS, there’s always a fun crowd of people on a Tuesday evening with a huge range of opinions. We then eat our body weight in chicken wings afterwards which is a surprisingly perfect way to end an evening.

The men’s Rugby club was probably my biggest surprise. I’ve always been intimidated by rugby clubs, hearing the bizarre and terrifying hazing rituals that university societies make their new intake go through but LBS rugby changed my perceptions completely, they are such a lovely group of people and the amount of work they put into Mental Health Week is the most impressive thing I have seen at LBS. Joining the club did serve as a reminder that I am nowhere near as fit as I was when I was 21 and a wake-up call that I should start going back to the gym. (This hasn’t happened yet.)

You’re halfway through your course. What has been the most memorable moment so far?

LBS has been crammed full of memorable moments for me, it’s hard to pick just one from such an incredible year. Particular highlights include:

What are you looking forward to?

I’m heading to University of Texas on an exchange next year, and I’m excited to get out of London for a little bit. I’m looking forward to barbecue, air-conditioning as a standard and I’m planning on taking a few days to learn how to be a real cowboy.

Why did you decide to come to LBS?

I felt I was in a rut at work, I could have stayed and pushed on but I knew I wasn’t enjoying it but I wasn’t sure what I wanted to do.

The MBA was a way to learn about the other paths I could have taken, to explore career interests and talk to some of the brightest people I have ever met about the varied, interesting and weird career paths that are available out there.

LBS had a number of things going for it, but the biggest reason was the people. I wanted to be in a place where there were huge amounts of diverse opinions from all around the world that I could learn from, drink with and get to know. I also didn’t want to live in a forest in the middle of France.

What do you wish you had known before you joined LBS?

Looking back, if I could give myself from a year ago some advice it would be:

Best place for comedy/food/fun in London? 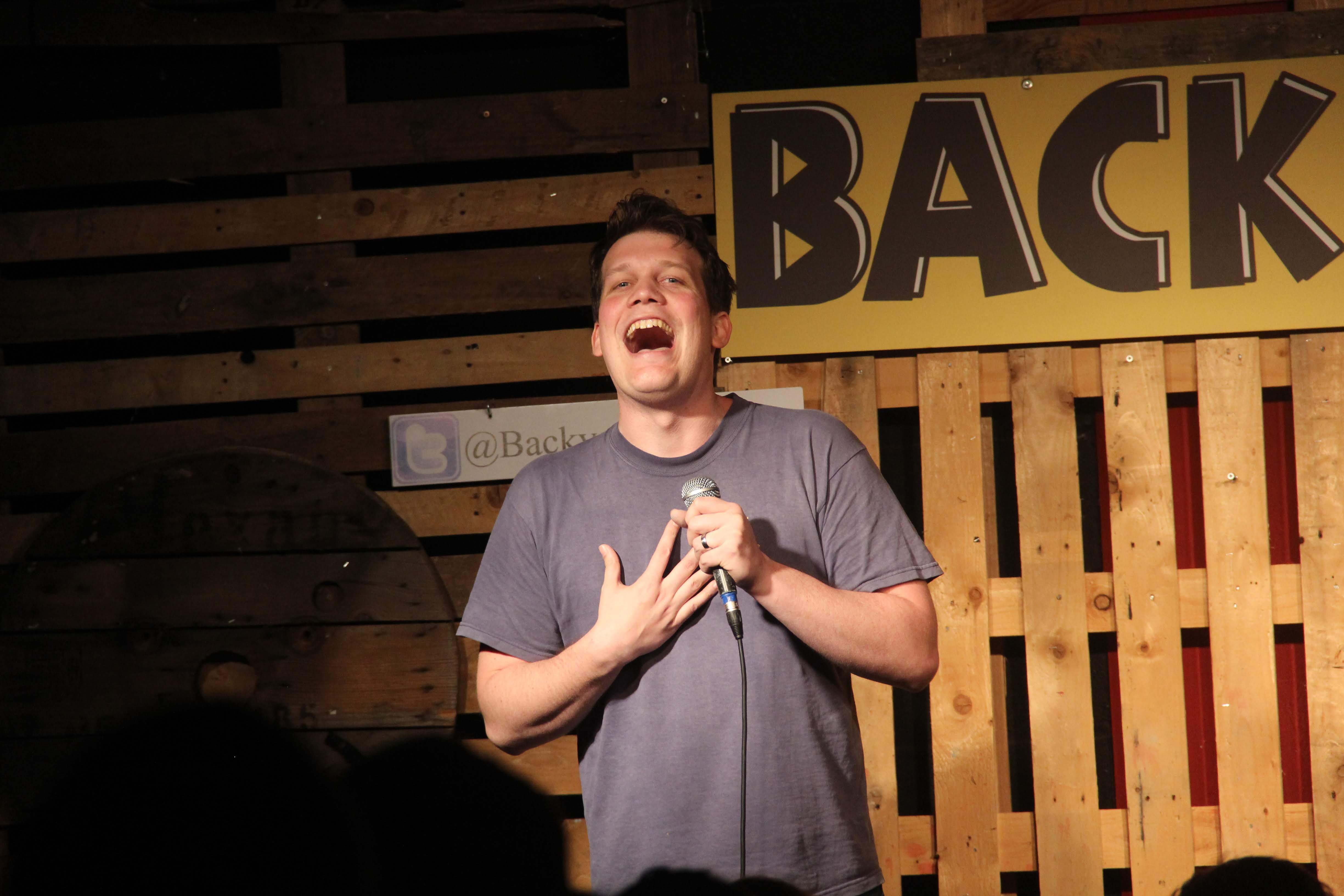 The best food in London is Wetherspoons! This may be a somewhat controversial choice in one of the great gastronomic cities but I can’t think of anywhere else where you can get 30 chicken wings for £12!

If you weren’t doing an MBA right now, what would you be doing?

I like to think that I would have launched my stand-up comedy career, touring internationally and performing to sell-out crowds of 1000s in Wembley Stadium. In reality, I would probably still be in the decrepit offices of a shrinking telco firm, reviewing a never-ending stream of slide decks.