Registered and ready outside the Congress Centre

Is the World Economic Forum (WEF) still relevant? This question seems to arise every year and was posed to me by BBC’s diplomatic editor on board our flight to Switzerland’s snowy white peaks. As a Global Shaper, I have a special affinity to the WEF yet I shared similar scepticism as I perused the programme featuring populist politicians and controversial c-suite execs. Although the ‘Trump of the Tropics’ was there, the MAGA-man was missing along with many of his counterparts fighting fires back home. In Europe alone, Prime Minister May was battling with Brexit and President Macron faced the wrath of gilets jaunes. Without the big wigs around the table, could the WEF really achieve its mission to improve the state of the world?

‘Globalization 4.0’ – the theme of this year’s Forum. If, like me, you wonder what the other three are then read this. In a nutshell, Globalization 4.0 considers a world with Artificial Intelligence and its impact on jobs, security and sustainability. It’s the latter that drew me to Davos. For the first four months of my MBA, I had been interning with Accenture Strategy as a sustainability consultant to ‘The Circulars’.

Defying expectations, we overcame the path of most resistance to reach Davos. There would be no private jet to fly us in nor would a warm chalet await. Only weeks prior, we were told that we would have to travel back and forth by bus from Zurich. The 3-hour trip was gruelling yet flew by steeped in stimulating conversations with the Circulars Award winners, including Winnow, IMPAX and the European Commission. The ceremony itself was an immense success and after five years it was announced that ‘The Circulars’ had finally completed its loop. 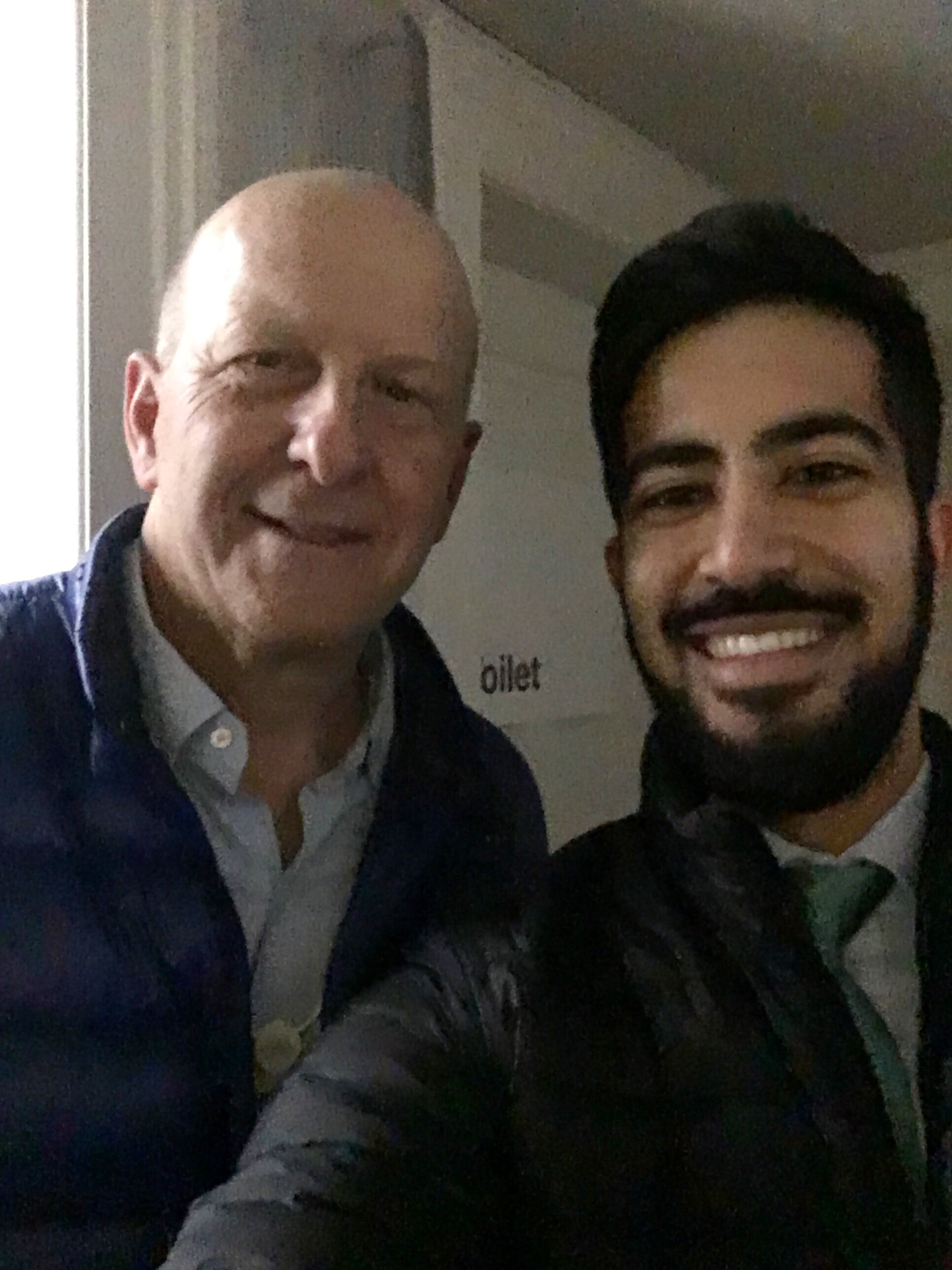 Each day in Davos warrants its own article. From breakfast with Matt Damon to sharing pizza with the CEO of Goldman Sachs, the entire week was as bizarre as it was fascinating. I shared anecdotes of the NHS with the Duke of Cambridge, and debated foreign policy with Tony Blair. I hugged the founder of Wikipedia for helping me through medical school and sang along to 911 with Wyclef Jean. I sat on the steps of Salesforce with Marc Benioff and shared a shuttle with IDEO’s Tim Brown.

Meeting Barclay’s Chair at the Confederation of British Industry lunch

The events I had the privilege of being invited to ranged from UBS’ case for impact investing to a round table discussion on the Sustainable Development Goals led by the Global Fund. I also witnessed the historic launch of Rockefeller Foundation’s $50million ‘data science for social impact’ in partnership with MasterCard. In the evenings, I found my name on the guest-list to Davos’ most exclusive receptions (aka ‘nightcaps’) in almost unbelievable ways; Kevin Sneader invited me to McKinsey, Jeff Schumacher to BCG Digital Ventures and Lakshmi Mittal to the Indian industry banquet.

From Executive MBAs at the European Investment Bank to MBAs at CloudFlare, I was most impressed by the LBS presence at Davos. Lurking in the hallways of the infamous Belvedere Hotel, I came across two familiar faces; Dean Francois and Professor Birkinshaw. They shared their pearls of wisdom for my vlog, emphasising trust and emotional intelligence as key qualities for business leaders in a digital age. After the Chancellor’s much anticipated address to British business chiefs, I interviewed another illustrious member of the LBS community – John McFarlane, Chairman of Barclays. No sooner had I put my GoPro away, I was being interviewed by ITV News for my opinion on a no-deal Brexit. 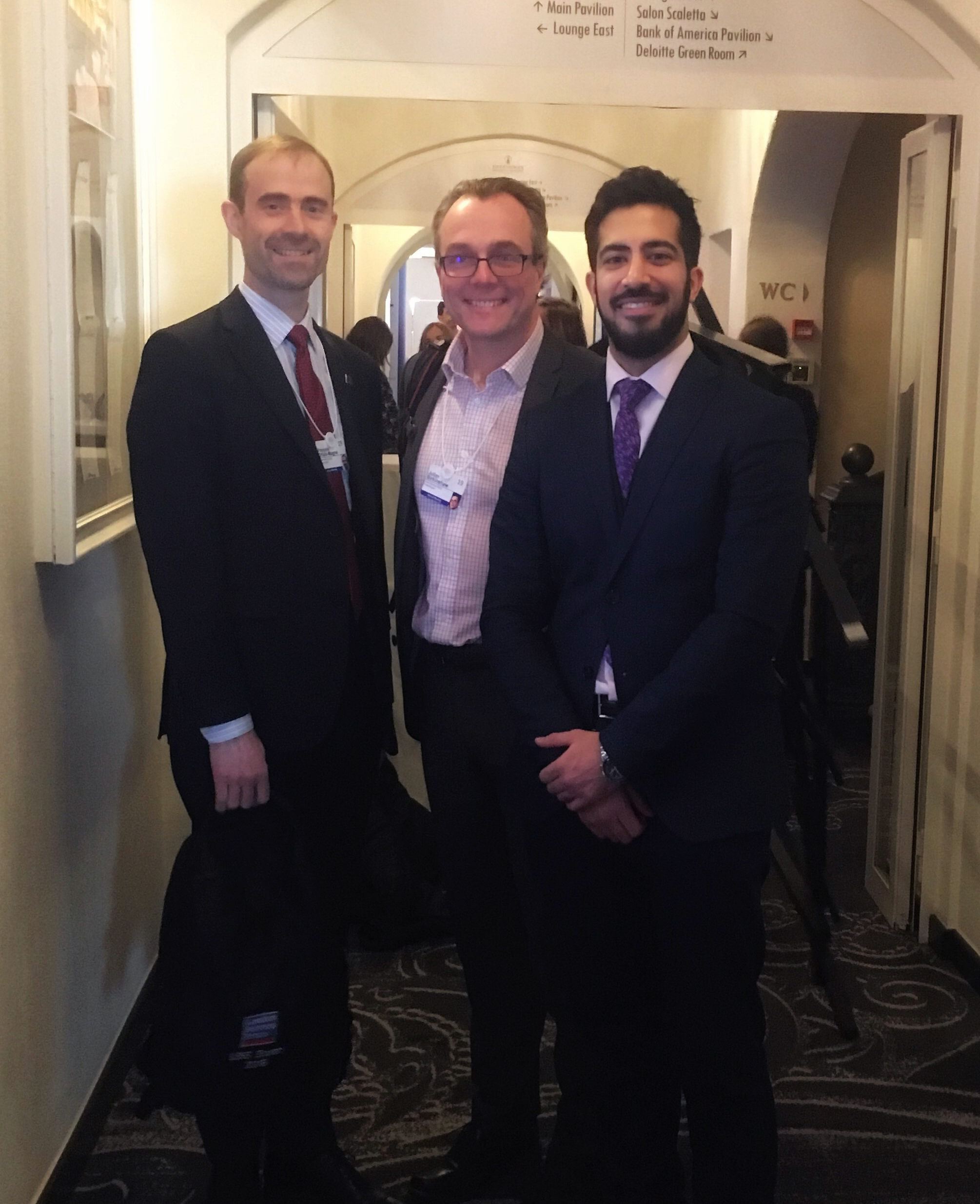 LBS at the GrandHotel Steigenberger Belvedere

Better than meeting any celebrity or politician, my highlight was sitting at the same table with ten of the world’s most renowned healthcare leaders including the Mayo Clinic, Apollo and Fullerton Health. This was no ordinary dinner but a serious discussion about the future of healthcare hosted by the CEO of Phillips. Marc Harrison of Intermountain Healthcare stressed the need for caregivers to be more human, and Bernard Tyson of Kaiser Permanente delivered an emotive reminder on Martin Luther King Day that health is a social justice issue. I spoke of technology’s role in addressing health inequalities; leveraging telemedicine to support primary care, empowering individuals to make healthier choices and connecting communities to achieve universal healthcare coverage. 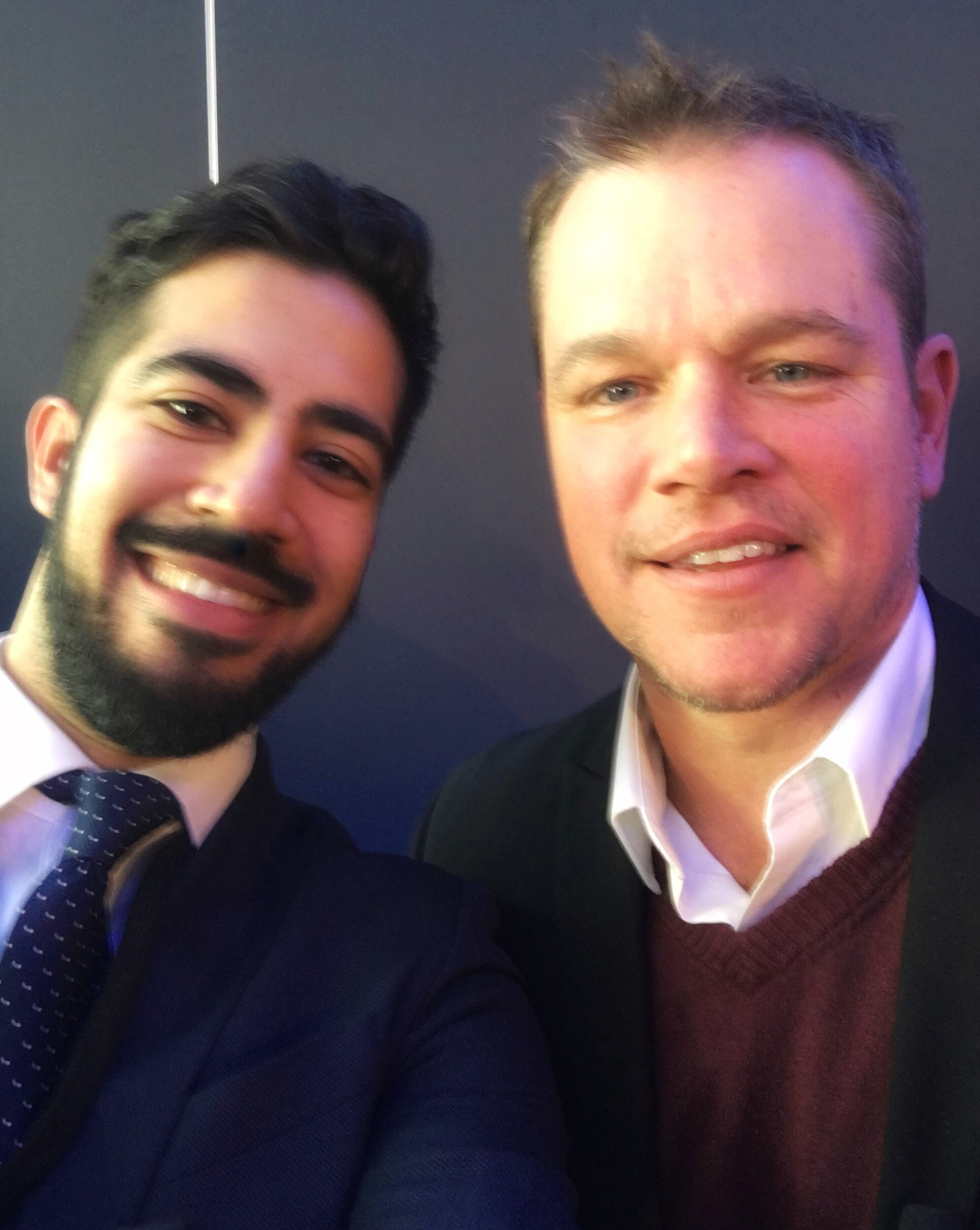 Whether WEF is still relevant depends on what happens next. There is simply no other place where the world’s most influential decision-makers assemble in such numbers year on year. Having met seasoned Davos-goers and first-timers like myself, it was apparent that no two WEFs nor individuals are the same. While the WEF’s lofty location may symbolise how detached it is from the public, it should not detract from the organisation’s commitment to highlighting, and attempting to solve, society’s greatest challenges. The degree to which members of Davos’ elite are driven by global prosperity and equality no doubt vary, yet the WEF still remains as the single greatest opportunity for consensus building towards positive world economic reform.