BIG – BOLD – IMPACT: What to expect at the 2018 LBS Africa Business Summit #LBSABS 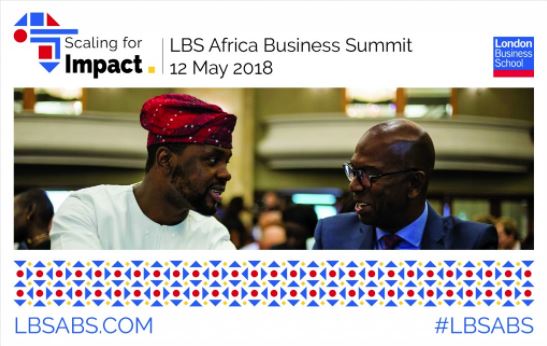 A year ago I penned this blog post for the 2017 #LBSABS. Sitting now in the library I’m wondering what to write about this year. Should I tell you about what it took to land the President of Ghana? Or what it takes to organize the largest Africa-focused conference at any business school in Europe? Maybe I’ll write about these in a future post. Today I’ll focus on the three words that guided our plans for the Africa Club during our tenure – BIG, BOLD & IMPACT.

BIG – #LBSABS has come of age. In its 17th year now, it has taken its place as the go to Africa-focused annual event in London for business professionals, entrepreneurs, investors, people in the arts and students. From its beginnings in a small room, club leaders in recent past have expanded the audience to over 400 truly pan-African guests, hosting them at some of the best venues London has to offer. This year is no different and the summit will hold at the 5-star Landmark Hotel in Marylebone.

BOLD – There are many ways we could have gone about delivering on this objective but what could have been bolder than landing the President of one of the fastest growing African countries today – H.E Nana Akufo Addo, President of Ghana. He will be joined at the summit by other notable speakers such as: the Chief Executive of Africa Regions at Africa’s largest bank, Standard Bank (Sola David-Borha); CEO of global phosphate group, OCP Group (Mostafa Terrab); Vice President and Treasurer of the International Finance Corporation (Jingdong Hua); CEO of the most profitable African airline and first to use an all-female flight crew, Ethiopian Airlines (Tewolde Gebremariam); Partner at the most prominent Africa-focused private equity firm, Helios Investment Partners (Souleymane Ba); Manager of Afrobeats King, Fela Kuti (Rikki Stein); Co-Founder of Celtel and CEO of Eaton Towers (Terry Rhodes); CEO of Africa’s largest indigenous beauty company, House of Tara (Tara Durotoye); Advisor to French President Macron on entrepreneurship (Karim Sy); Serial entrepreneur who once designed the world’s most expensive suit(Alexander Amosu); Africa venture capital head at IFC (Wale Ayeni); President of Olam Gabon (Gagan Gupta); Executive Director of the best insurance group in Nigeria, AXA Mansard (Tosin Runsewe); the man behind Sony Music’s deals with African music stars Davido and Wizkid (Michael Ugwu); the fashion man himself, Ozwald Boateng; among many others. 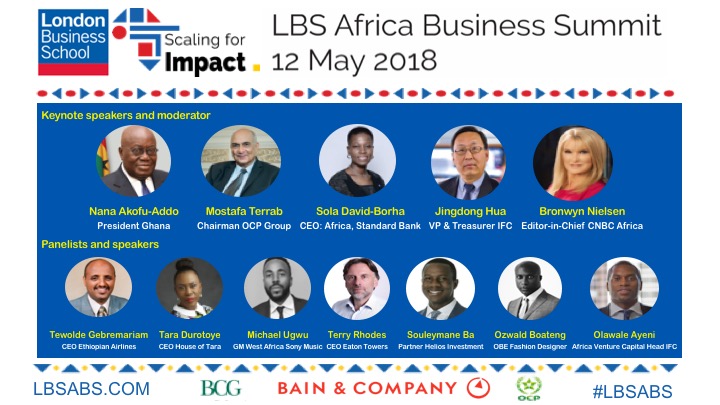 Basically, we’ve reduced the number of panels this year while ensuring that each seat is filled with high impact speakers representing organizations doing business across the continent. See all speakers here and be on the lookout for more announcements soon!

IMPACT – If there’s one thing I’ll take away from my time at London Business School, it’s a significantly better appreciation of the word Impact. It redefined my life priorities and at the #LBSABS level, we pursued this along three verticals:

In summary, “Scaling for Impact” is about exploring the evolving realities of growing businesses at scale in Africa, as well as how to do this while making meaningful impact. The date is May 12. The venue is Landmark Hotel, Marylebone, London. And the event is the 17th London Business School Africa Business Summit. 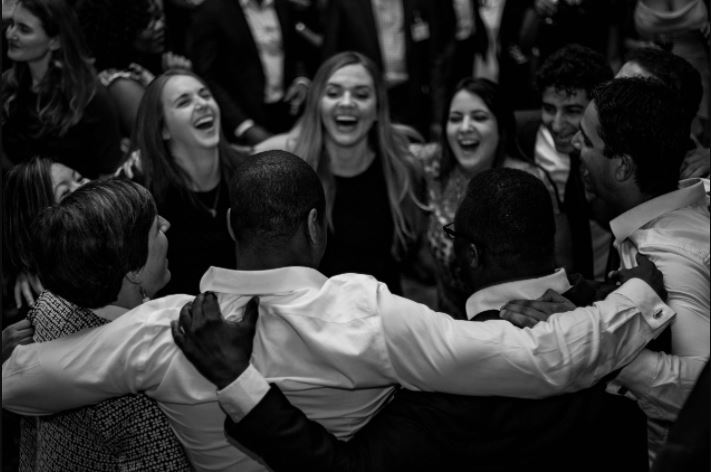